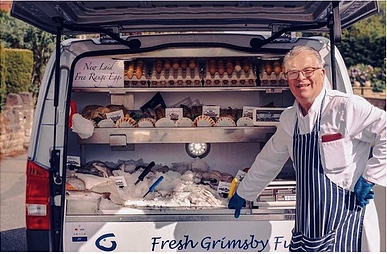 A normal working week for Terry Buck begins early on a Monday morning with a 4 hour round trip to Grimsby to get a week’s worth of seafood to supply back home in Nottinghamshire. Each day the van is meticulously cleaned, a job Terry prides himself upon and on a Saturday he cleans the entire van out, taking around five hours. It is a physical job and one that he has done for the last 40 years.

In February 2020, Terry noticed that he had a sore and aching right shoulder, with pain in the top and outer side exacerbated when lifting upwards (especially the rear door up on the van, in fact because it ached so much, Terry began to lift the rear door with his left arm). Driving with his right arm rested on top of the steering wheel was also painful.

The pain had continued for six months when on his usual call to Mary Fickling, (Co-Director at PhysioEquipment) Terry mentioned the shoulder pain when asked how he was.  Not wanting to see him struggling and in pain, Mary asked if he wanted to try the Magcell Microcirc, which can help with “chronic tissue repair” (Funk et al 2014) .  “I’ll try anything Mary”  Terry said. 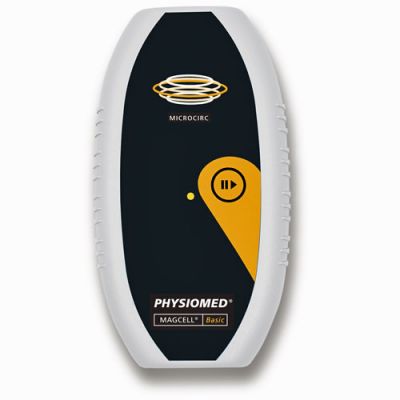 After checking contraindications to the therapy, Terry was given instructions on how to use the electrode free PEMF device up to 12 times x 5 min treatment a day and if it wasn’t improved in three weeks’ time then it wasn’t going to work.

NB Terry is not an advocate of painkillers, he prefers “to let the body deal with pain by itself and let things ‘right themselves’ and in six months, he had only once taken one Ibuprofen prefrring to live with the pain.

The following effects of electrode-free electrotherapy with MAGCELL® are clinically recorded: 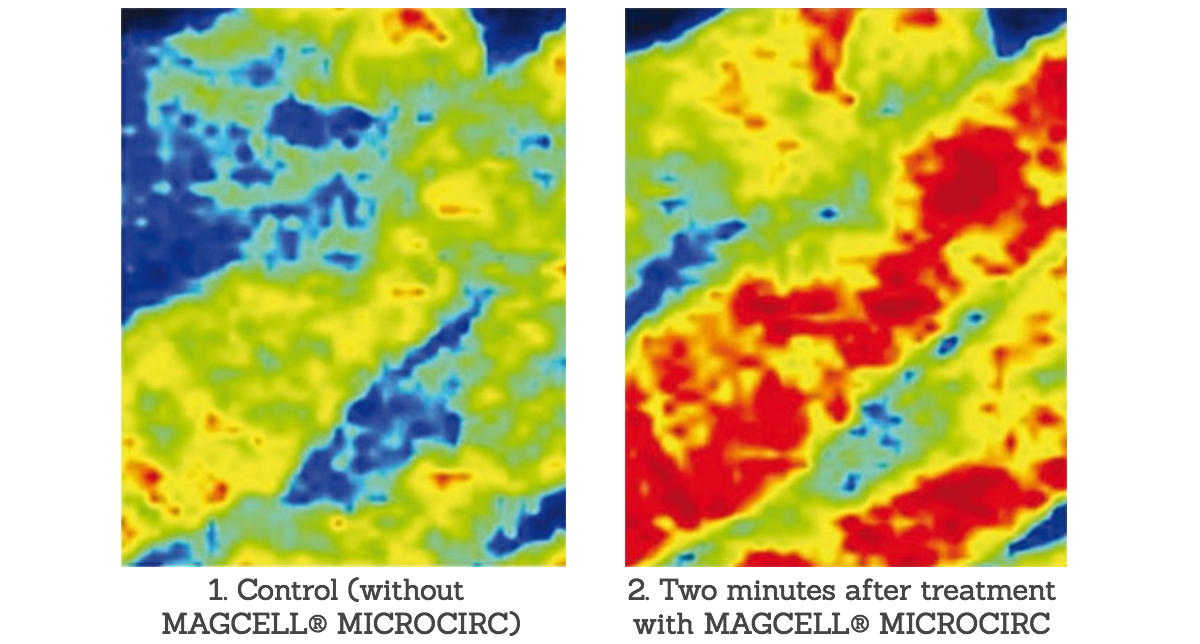 MAGCELL® MICROCIRC significantly increases micro-circulation (p < 0,001) while nitric oxide (NO) has a blood vessel dilatory effect. The authors recommend the therapy for clinical situations where an improvement in micro circulation is identified, like for instance in the case of chronic tissue repair.

Terry: Still painful, thanks for asking!  Will continue with it though.

Mary: How long have you been treating yourself with the Magcell?

Terry: Will do half an hour tonight, thank you.

Mary: Perfect Terry - perseverance is key. Like I said, If it doesn’t work after 3 weeks it’s not going too.

Morning Mary, just thought I would let you know my shoulder is feeling a hell of a lot better!!!! Not 100% but 70%. Can’t thank you enough. Terry x

Three weeks later Terry’s pain was down to a minimum (2 out of 10) with range of movement much improved. This enabled him to have chiropractic manipulation and one x acupuncture treatment and to carry out the exercises as prescribed, something that would not have been possible before Magcell treatment.

“Having had a sore, aching shoulder literally for months I happened to mention it to Mary.

“Would you like to borrow a small magnetic machine?” Now me being the biggest sceptic on this planet replied “yes” - to just be polite.

Well what can I say? It was an absolute gem! It helped loads. If you want to take that pain away without medication then I recommend using it! I used it 5 x 5 min sessions a day and this worked well for me.  Thanks to Mary for her kindness. She’s even more of a top customer now!

"slight niggle now and again Mary but nothing to write home about, not seeing Chiro anymore"

For the purpose of transparency, no money changed hands in this transaction though haddock fillets x 4 and 2 x salmon steaks did! :-)

Hitrov NA, Portnov VV (2008): MAGCELL® ARTHRO in the treatment of osteoarthritis in the knee joint. Naturopathy 3, 25-27.

Reimschüssel A., Bodenburg P. (2009): Low-frequency electromagnetic fields. Successful in the therapy of myoarthritis of the temporomandibular joint. Naturopathy 5, 28.